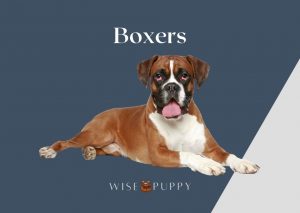 The Boxer is part of the Molosser dog group, developed in Germany in the late 19th century from the now extinct Bullenbeisser, a dog of Mastiff descent, and Bulldogs brought in from Great Britain. The Bullenbeisser had been working as a hunting dog for centuries, employed in the pursuit of bear, wild boar, and deer.