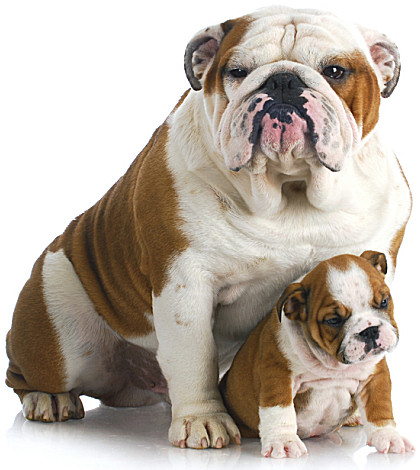 There are many different kinds of dogs in the world, each with their own unique set of characteristics. However, few dog breeds are as iconic and instantly recognizable as the English Bulldog or the British bulldog. These furry companions have been a popular choice for pet owners for centuries, and it’s easy to see why!

The English Bulldog is a pet that many people in the United States own. They are known for their short leg span, stocky build, and wrinkled face. Bulldogs were originally bred in England to be bull-baiting dogs. This entailed holding on to the head of a bull while it was being killed for meat. Thankfully, this barbaric sport was outlawed in 1835, and the English Bulldog we know and love today came into existence. Read on to learn more about English Bulldogs!

An English bulldog is a large, muscular dog with a thick coat and wrinkled face. They are considered a medium-sized dog breed and typically weigh between 40 and 50 pounds. Today’s bulldog typically stands about 16 inches tall at the shoulder, while females are usually 15 inches tall.

The English bulldog is a friendly and gentle dog that is great with children. They are known for their calm demeanor and make excellent family pets. However, they can be pretty stubborn at times and require a lot of training. English bulldogs are also prone to health problems, so it is crucial to be prepared for potential vet bills.

The History of the English Bulldog 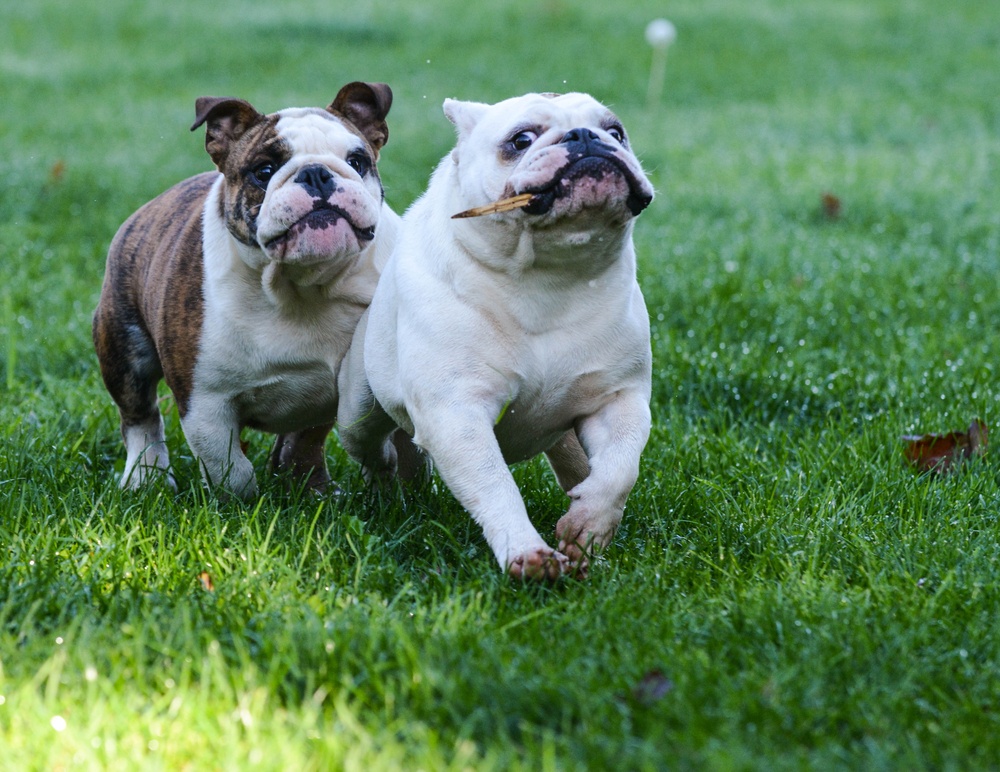 England was the first country to breed the English bulldog as a working dog. They were used for bull baiting, a bloodsport where dogs are pitted against bulls or other animals. In this brutal sport, the bulldog would latch onto the nose of the bull and not let go until it was defeated. These days, English bulldogs are known as friendly and gentle dogs that make great family pets.

The English bulldog was first brought to the United States in the early 1800s. They were used as working dogs on farms and soon became popular as family pets. Today, the English bulldog is one of America’s most popular dog breeds.

Also known as British Bulldog, they were once common in England. They were larger and had longer legs than the English bulldog we know today. Old English Bulldogs were used for bull baiting and dog fighting, which led to their reputation as fierce and aggressive dogs. However, they were also known for being loyal and affectionate companions. 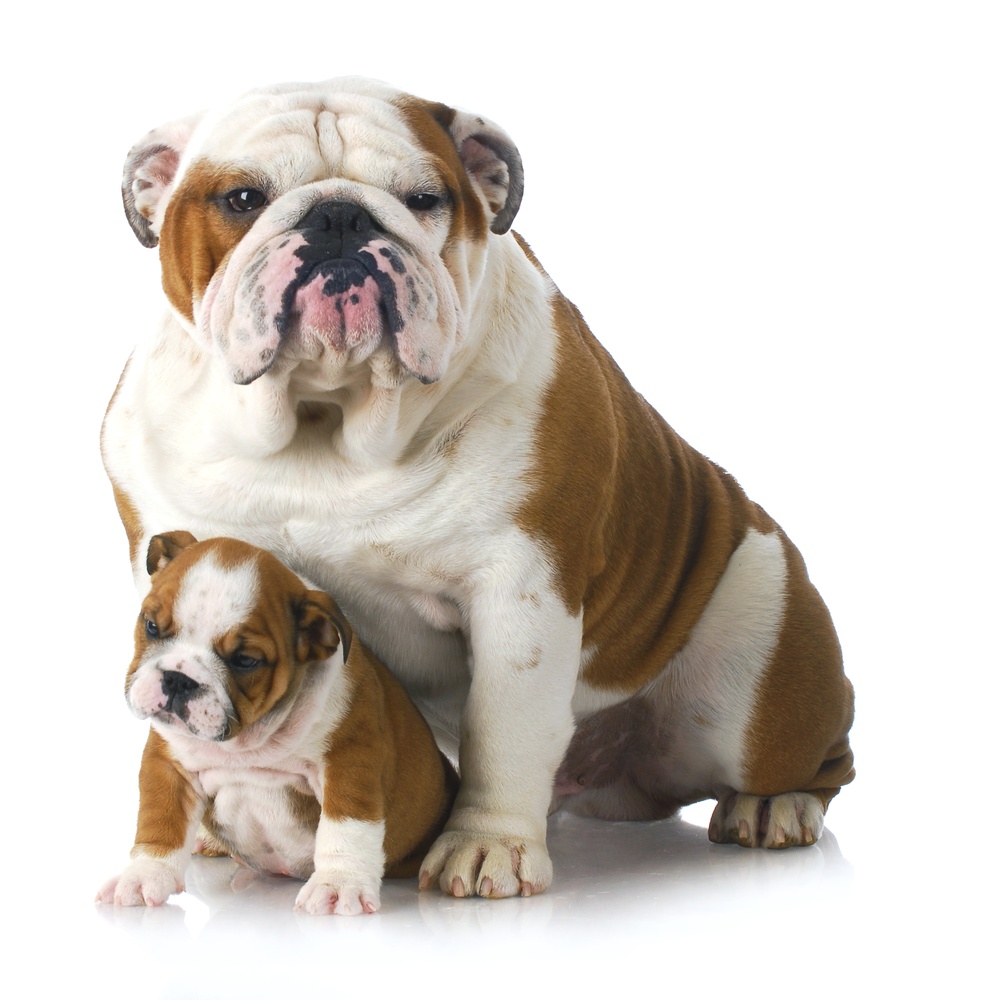 There are few things as cute as an English bulldog puppy in this world. With their wrinkled little faces and stocky build, they are simply irresistible. It’s no wonder that these puppies are so popular; people can’t help but fall in love with them.

Their process of growth and becoming an adult dog can be fascinating to watch. The first few weeks are crucial as the puppies learn how to feed, regulate their body temperature and eliminate waste. Then, as they get older, they will explore their surroundings and play with other puppies. Eventually, they will learn how to behave like proper Bulldogs. You can ensure that your puppy grows into a healthy and happy adult by following this guide. 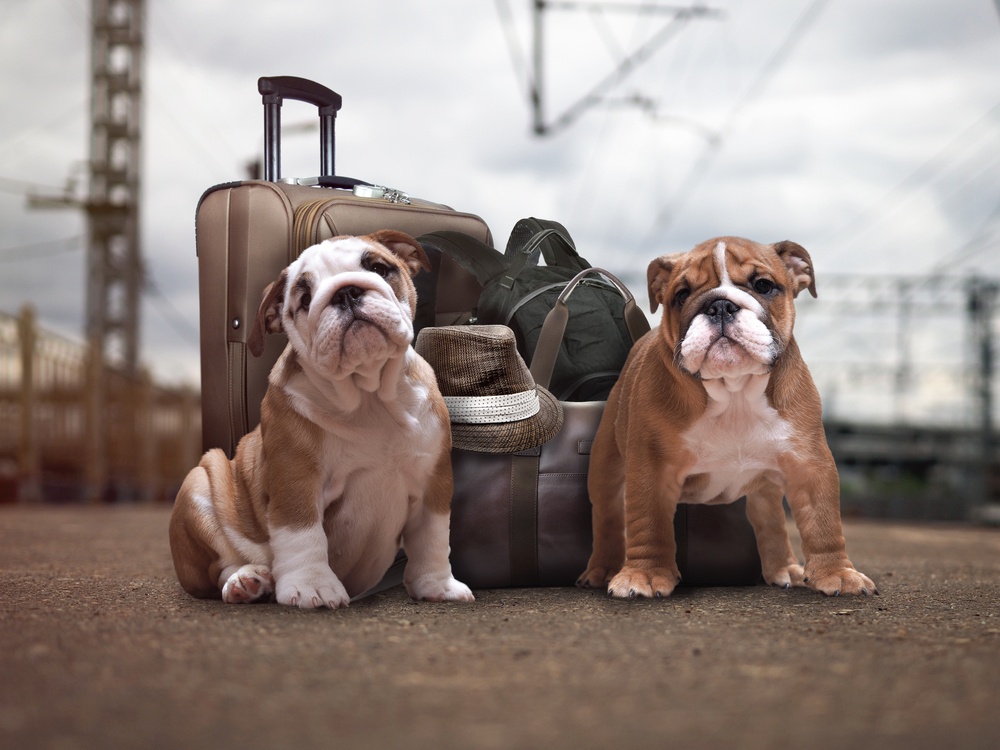 One of the most important aspects of raising a healthy and well-behaved English bulldog puppy is providing proper training. It is crucial to start early, as puppies learn quickly, and establishing good habits will help make your life much easier down the road. There are many different ways to train them, but some basics will get you started.

Assuming you would like tips on grooming them, here are a few things to keep in mind. English Bulldogs tend to have short, flat coats that are easy to groom. You should brush your Bulldog’s coat once a week with a soft bristle brush to remove any dirt or debris.

If you decide to trim your Bulldog’s nails yourself, be sure to use sharp clippers and avoid cutting into the quick (the pink part of the nail).

They are a rare variation of the English Bulldog. They are not as common as the traditional brown and white Bulldogs, but they are just as adorable as other pets. Adult Blue Bulldogs typically weigh around 55 pounds and stand about 14 inches tall.

As with all Bulldogs, Blue Bulldogs require regular exercise and plenty of proper nutrition to stay healthy. Owners should also be aware of the potential for health problems common to the breed, such as hip dysplasia and skin infections.

With proper care, Blue English Bulldogs can make loyal and loving companions. If you consider adding one of these beautiful dogs to your family, be sure to do your research to ensure you are prepared to provide the best possible care. 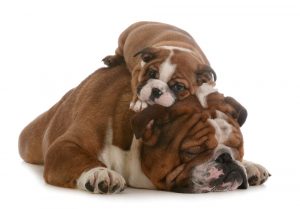 They belong to a unique variety of bulldog breeds. They are easily recognizable by their distinct coloring, ranging from blue to lilac. They also have stocky legs and a broad face. While they may look tough, they are actually very gentle and loving dogs.

An English Bulldog lives an average of 8-10 years. However, an adult dog with good living conditions and care can live up to 16 years old.

A bulldog dog breed that is known for its unique coloring. They are bred from other bulldog breeds and other dogs to create this distinct color.

The color of a lilac English bulldog can vary, but they are typically light-colored. Some other breeds have similar colors, such as the American Bulldog and Olde English Bulldogge. They are all considered white with various amounts of black and brown markings. Lilacs can also have other colors mixed in blue or solid red brindle. However, these colors are not as common. Regardless of their color, lilac English bulldogs are beautiful dogs that make great companions. 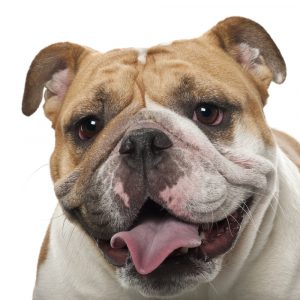 It is estimated that English Bulldogs, according to breed clubs, weigh between 40 and 50 pounds. However, most Bulldogs weigh between 30 and 40 pounds. Some even go as low as 20 pounds. For example, the heaviest Bulldog on record weighed nearly 90 pounds! But that’s not the norm.

Breeders try to breed Bulldogs closer to the average weight, as they are less likely to have health concerns. Bulldogs that are overweight are more likely to suffer from joint problems, respiratory issues, and heatstroke.

So, if you’re thinking of getting an English Bulldog, make sure you choose one that has a healthy weight. And always consult with your veterinarian if you have any concerns.

For example, the American Kennel Club recognizes four colors for English bulldogs: pale yellow, red fawn, brindle, and white. However, not all colors are common. For example, light yellow is a rare color for the breed and is not often seen in bulldogs.

This color is caused by a recessive gene and is only seen in bulldogs carrying two copies of this gene. As a result, English bulldogs that are pale yellow are often called “cream” bulldogs. Cream bulldogs are lovely, and their rare color makes them even more special.

So, long story short, some bulldog fanciers believe that the breed should only come in these four colors, while others believe that bulldogs can be any color as long as they are purebred. No matter which bulldog club you join, make sure to read up on their rules and regulations before registering your bulldog!

Are English Bulldogs Registered with the American Kennel Club?

Yes, English Bulldogs are registered with the American Kennel Club.

How Many English Bulldog clubs are there?

You can join bulldog clubs all over the world. Clubs like the American Kennel Club, the United Kennel Club, and the Canadian Kennel Club belong to this category. There are different rules and regulations relating to bulldogs for each club.

When does a puppy turn into an adult bulldog?

Most bulldogs will reach a full adult size between 12 and 18 months old. However, they may continue to fill out and gain weight until two or three years old. 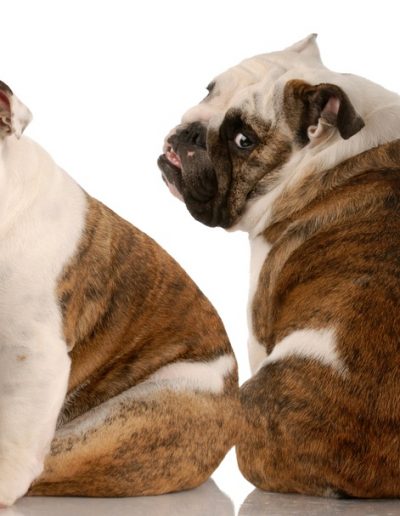 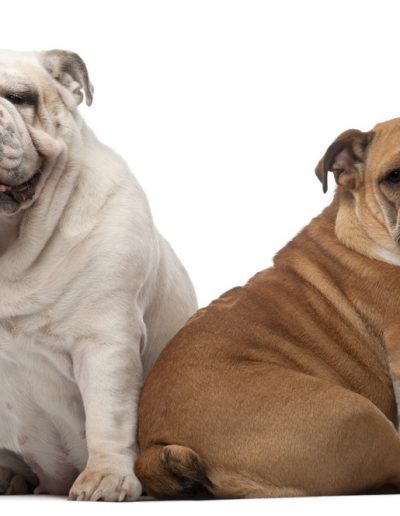 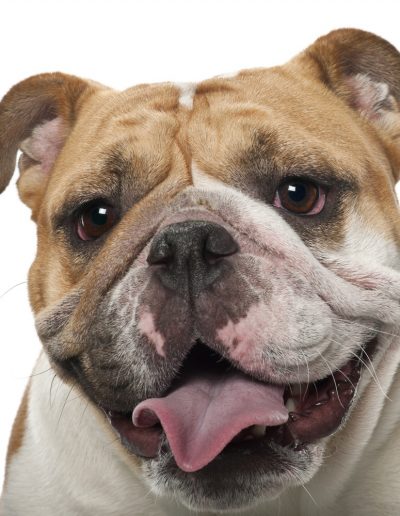 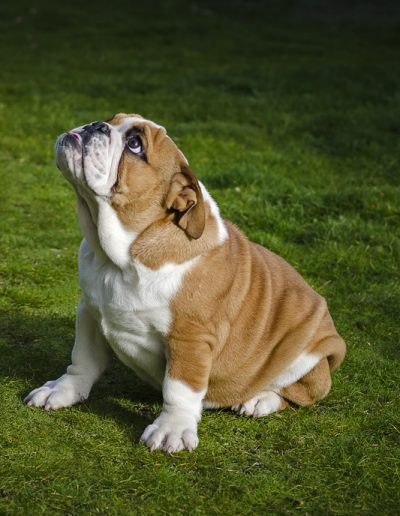 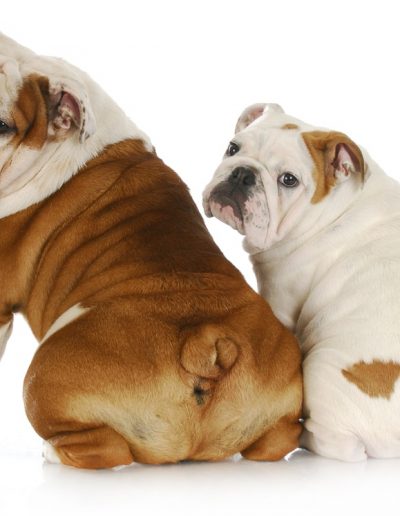 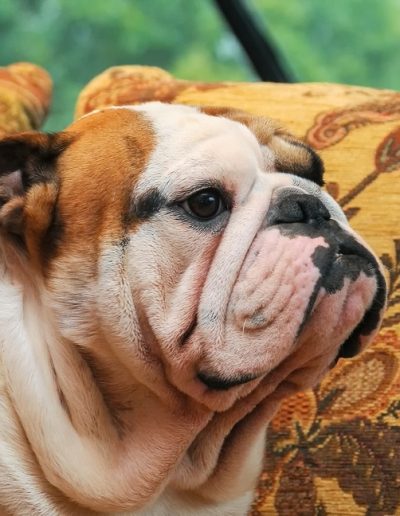 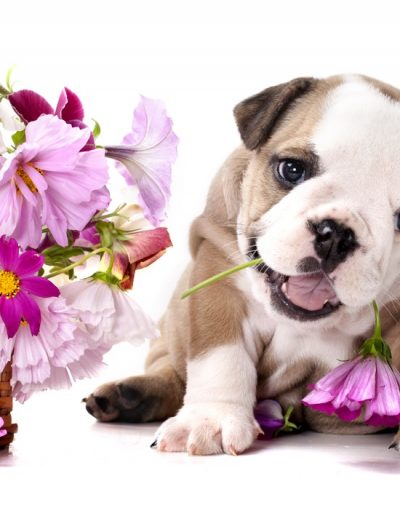 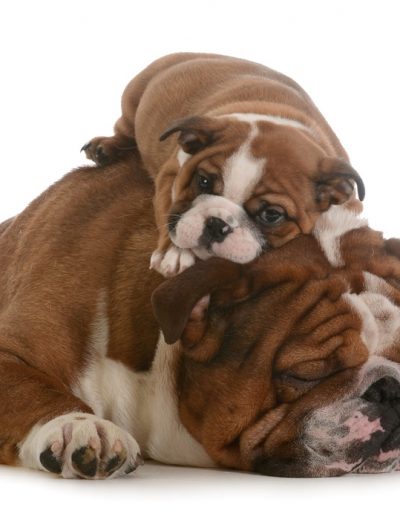 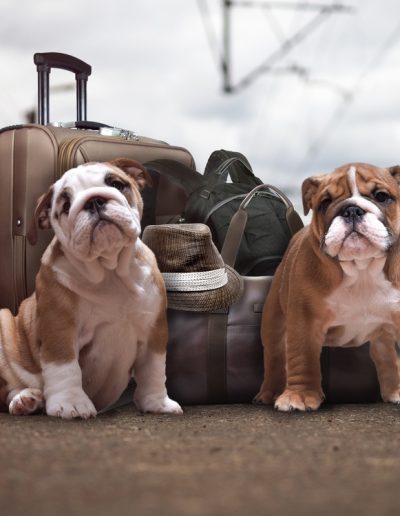 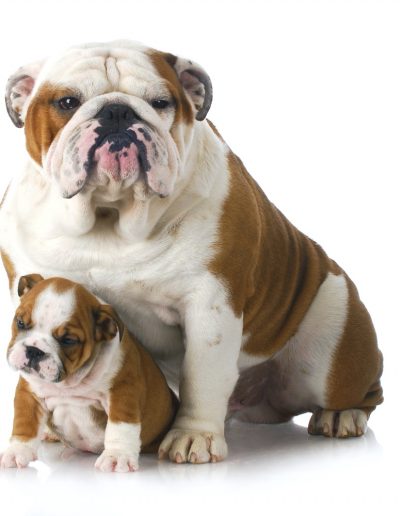 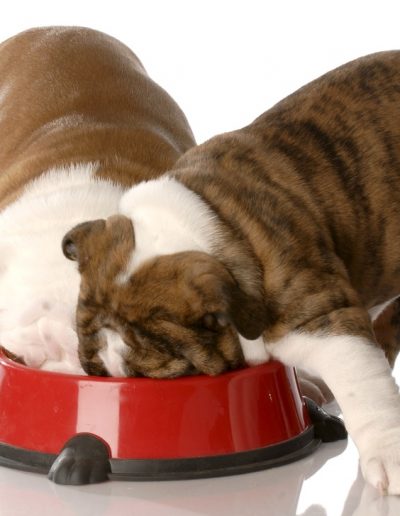 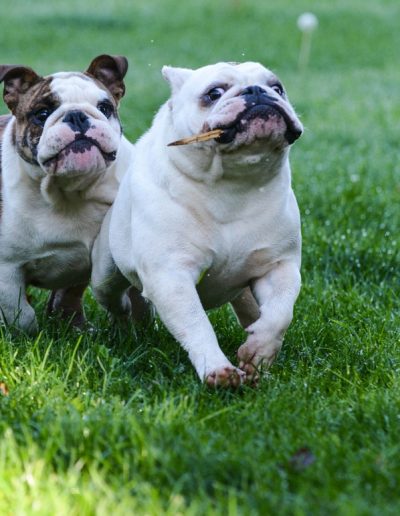 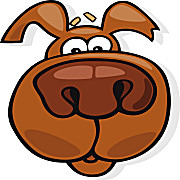